We have some good news.

Whilst test results back from ChemTest (Newmarket) showed contaminants in the silt samples taken from our pond, a waste expert has determined that the levels of contaminants are low enough for the all our samples to be classed as NON-HAZARDOUS. This is good news given that the Environmental Agency told us that the silt would be hazardous!

We are now in a position to engage contractors to remove the silt from the pond under a D1 exemption. Given that rain is forecast with possible thunderstorms on Sunday/Monday and earl next week, work will start Thursday this week.

The Parish Council wishes to thank all those involved and also to thank all for their patience while we ticked all the boxes to make sure we are not harming anyone by going against EA advice.

Once again, ahead of the expected very hot weather, we would be grateful if you could share the below information with your networks locally. It is about bin collections during the upcoming expected hot weather, and contains some helpful advice about ensuring bins are presented at the kerbside the night before they are due to be collected. Please feel free to copy and paste the below italicised text. There is an accompanying image for you to use in case it is helpful.

During the forecast extremely hot weather, please ensure your bins are put out the night before they are due to be collected. This is because Greater Cambridge Shared Waste crews are likely to be starting work earlier in the day than usual, to try and avoid the worst of the heat. This means your bins may get emptied earlier in the morning than you are used to.

Alternatively, if you simply wish to re-share our messages, here is a reminder of the key social media accounts to re-share from:

Many thanks for your help.

The Parish Council has had the preliminary results from tests conducted on silt samples taken from the pond.  These show that the silt in the base of the pond contains a number of heavy metals and hydrocarbons from the road runoff that feeds into the pond.  We are in the process of having the contamination levels reviewed to understand where the silt can be lawfully disposed of.

From a human health perspective, this silt should remain in the pond whilst still being investigated.

At this time, we would kindly ask you not to remove any silt from the pond.  The risk to your health and of potentially breaking the law is real and serious.

As many of you will have noticed, our beloved duck pond is almost empty of water and very likely to dry up in the coming days. The Parish Council have been in contact with numerous environmental and wildlife bodies over the last few days, including the Environment Agencies Fisheries Officer, and you won’t be surprised to hear that we are not the only village losing our water, fish and other wildlife from our pond. Every effort was made to re-fill the pond, however in a drought such as this, it was not possible and had we managed, in all likeliness, it would be dry again by next week.
The fish in the pond were common carp, and with the low oxygen levels now in the water (around 25-30% rather than the normal 100%) and the increasing water temperature they have sadly perished. There would have been a high risk of spreading disease to other fish species had we relocated them to another pond.
Armed with further expert advice, and the fact the pond is predominantly made up of run-off water from the road, we have made the decision to leave the silt at the bottom of the pond, which performs the function of a filter – removing pollutants from the water, and leave the pond to be naturally re-filled by rain and run-off water when the weather decides to change.
For those also concerned about the other pond wildlife including the ducks, newts, moorhens, toads etc. they will find their way to other ponds, of which we know there are many not far from the central village one.
It is likely that with climate change, it will become a seasonal pond from now on, and therefore at this time, we don’t intend to restock it with fish. We hope this brings some reassurance to the village that action has, and is, being taken to look after this village asset.

One of the six houses (Perennial retirement houses) opposite Foxcotes on Comberton Road was broken in to. The owners have just come back from holiday to find windows broken and the house “trashed”.

The break-in might have happened this afternoon as a BMW was spotted at the end of the drive. Certainly the break-in occurred before 16:30 when the owners arrived home. A double-glazed window was smashed at the back, the back-door window was completely smashed and the internal door forced open. An attempt was made to force open the front door. A safe was ripped out and taken as was the telephone.

FYI local police can be contacted through 101. Emergency boarding up by several companies including Montrose Glass on 0333 920 7139.

This is adjacent to the footpath so please avoid this if possible.

If anyone is interested in having any of the wood for whatever purpose, please let Margaret know as soon as possible. Email: .

As part of the celebrations on the 4th June we will be hosting a Royal Dress Parade on the Recreation Ground.

Adults and children are invited to pop on their glad rags, costumes or fancy dress and join in the Parade.

There will be Prizes on offer.

Following last week’s burst water main in New Road, the road surface itself is badly damaged and requires extensive repairs. We understand that this work should be complete by Wednesday this week. There have been reports of drivers ignoring the “Road Closed” signs and drivers going up the grass verge. Obviously they do this at their own risk and liability.

There is a major water leak on New Road. The mains water is being switched off all the way up to 13 Comberton Road.

Extraordinary Meeting of the Parish Council will be held on Monday 15th August, 2022 at 6:00 PM

A meeting has been called to discuss the future of the village pond. 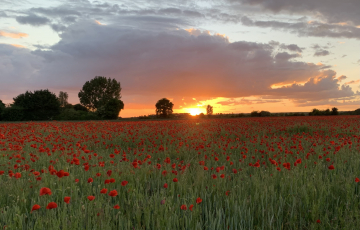